Preview of the 2022 release: these top game moments await you on PlayStation 4 and 5! 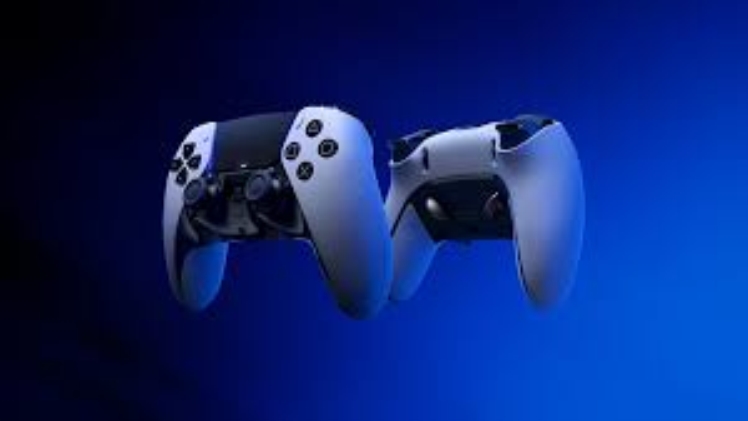 For console gamers, the year 2022 is going to be a real treat! On 7bit review, we’ve got some real gaming action coming up in the coming months that you can’t miss.

With A Plague Tale: Requiem you get a direct sequel to the surprise two-year-old hit A Plague Tale: Innocence (Amazon order) 2022 . It revolves around siblings Amicia and Hugo, who are battling rat-infested France at the end of the 14th century. This time, however, it’s not the Inquisition breathing down their necks, but a terrible curse. Otherwise, we still know relatively little about the title. As for the game, you’re likely to be treated to the familiar combination of sneaking around, puzzles and fights again.

In Abandoned, you slide into the skin of Jason Longfield. The poor man has been abandoned in a creepy forest, alone and with no memories. Your task now is to navigate your way through the detailed open world, get to the bottom of the strange happenings and get out alive. A typical first-person horror adventure, if it weren’t for the tumultuous backstory: the PS5 exclusive has been repeatedly cited as being tied to Silent Hill and Hideo Kojima. So far, however, they have not been confirmed.

When former Battlefield developers team up to create an exciting new shooter, we’ll certainly be perking up our ears. Especially when there are also giant battle robots from outer space! ARC Raiders is a cooperative third-person shooter in which you battle an almost insurmountable enemy from another world. Teamwork and tactics are above all else necessary to win this unequal battle.

A fatal system error has occurred in a Soviet research centre, causing all the machines to go crazy. And you, as a secret government agent, must now restore order. This is the premise of Atomic Heart. But instead of duty to rule in a first-person shooter RPG mix, there’s a lot of crazy stuff waiting for you: a surreal open world, bizarre monsters and supernatural powers that you shoot with your left hand. There’s a reason the title is sometimes referred to as the Russian BioShock.

With the release of James Cameron’s second feature film, the video game Avatar, developed by Massive Entertainment, should finally arrive in 2022. The creators of The Division are relying on well-known strengths: Frontiers of Pandora also offers a huge open world that you can explore as one of the locals, Na’vi. This time, though, it’s in first person. There’s also a separate story revolving around the Resource Development Authority’s fight against the Earth invaders.

After single-player hits like Bayonetta, Vanquish or Nier Automata, developers Platinum Games are trying something new: the Japanese are releasing Babylon’s Fall, the first live-action game in the studio’s history. In the role-playing game, you make your way through the eponymous tower of Babylon in the best hack & slash style, collect new gear and improve your character. The game should be constantly updated with new seasonal content. Exclusively for consoles, it’s set to launch on PS4 and PS5. Order Fall of Babylon on Amazon.

Of course, 2022 also has something new in store for the sports fans among you: Blood Bowl 3. The mixture of American football and Warhammer Fantasy once again offers brutally tense matches full of fouls, witchcraft and corruption. But there are a few innovations: The ruleset has been updated, and among the 12 races there are new ones like the Black Orcs. There are also new courses with custom rules, new customisation options, an improved competition mode and a single-player campaign around the Conflict of Sponsors. Order Blood Bowl 3 on Amazon.

Convergence: the story of League of Legends

While the League of Legends Arcane series is conquering Netflix, Riot is already in the background working on its next popular game: Convergence: A League of Legends Story. In the story-driven action-platformer, you play the role of a young Ecco, one of LoL’s most popular space champions. You use him to explore the Zaun game world, complete parkour challenges, fight battles and improve your skills. For example, your hero can turn back time and cheat death, just as Braid once did.

A classic Resident Evil-style survival horror game: this is what developers Invader Studios want to bring you in Daymare 1994: Sandcastle. It tells the story of Special Agent Dalila Reyes, who must make her way through secret research centres and small towns teeming with zombies. You can expect an atmospheric mix of deadly enemies, environmental puzzles and exploration of spectacular locations. And, of course, a bit of horror shouldn’t be absent either.

Fortunately, if Daymare isn’t scary enough for you, there’s also Dead Space. Next year, publisher EA will completely relaunch the sci-fi horror classic using the Frostbite engine. So look forward to breathtaking graphics, breathtaking sound and unprecedented immersion. They should make Isaac Clarke’s adventure on Necromorphs-occupied Ishimura a very special experience. In addition, the story, characters and gameplay, such as dismemberment and weightlessness behaviour, have also been stripped down. Dead Space games on Amazon.

With seven million downloads, the role-playing game Let it Die is one of the most successful free-to-play games on the Playstation 4. That’s why next year it’s getting a Playstation-exclusive sequel. The action takes place 100 years after the first part, but retains its wacky gameplay design: instead of Uncle Death, this time it’s all about the reality show Death Jamboree. A group of young people compete for attractive prizes in a virtual world called the Deathverse. Like the Squid Game, things get pretty bloody, of course.

Lord of the Rings: Gollum

Since Middle-earth: Shadow of War, things have been a bit quiet around video games in the Tolkien universe. In 2022, fans of the fantasy author will finally get their hands on the supplies. That’s when Lord of the Rings: Gollum appears. The adventure focuses entirely on the story of the hobbit Smeagol, his hunt for the ring and his constant plunge into madness. German developers Daedalic primarily focus on the cunning of their protagonist. Stealth instead of speedy action is on the agenda. Lord of the Rings games on Amazon.

What about Digimon Survive? It was originally supposed to come out in 2020. Almost two years later, we’re still waiting! Perhaps next year the developers will have mercy and release us on a strategic role-playing game set in space of the popular anime and manga franchise. This should offer a mix of tactical combat, exploration and the so-called “drama parts”. In which you will be told a story in the style of a visual novel. You also have to make decisions that affect the outcome of the story.

need to dress warmer. In the year 2022, a competitor enters the scene who wants to finally dethrone a long-time favourite of monster collecting games: DokeV. It’s also based on an RPG structure with a customisable character and a freely exploreable open world. But it’s populated by the eponymous Dokebi, fantastic creatures that can be captured and made to fight for you. Like everything else in the game, they’re presented in gorgeous 3D. However, the overly colourful childish style may not appeal to everyone.

are a dime a dozen right now. With Dragon Ball: The Breakers Bandai Namco wants to bring a breath of fresh air to the franchise. Instead of a classic fighting game or open-world RPG, you can expect an asymmetrical multiplayer spectacle inspired by Dead by Daylight. Eight players compete against each other online. You try on the skin of an iconic villain such as Sell or Freeza. The other seven must complete tasks as mere mortals and escape the map.

Rapid-paced parkour combines with crisp hand-to-hand combat: that’s the concept behind Dying Light 2: Stay Human, one of the first games of the coming year. The RPG impresses with engaging gameplay and an atmospheric open world that takes you back to the modern Middle Ages, adorned with flesh-eating zombies. There’s also a story that you can directly influence with your decisions and even a co-op mode! Thanks to this, you can experience the adventure together with a buddy! Buy Dying Light 2: Stay Human (AT-PEGI) on Amazon.

If you prefer something more boring, Dynasty Warriors 9 is a good choice. The latest installment in the time-honored hack-and-slash series once again relies on action-packed 1-on-1000 battles: you and your hero navigate your way through historical battlefields of different eras, replay epic battles or rewrite history books. New: redesigned castle sieges in which you can play as either invaders, defenders and even a diplomatic function. But let’s be honest: nobody wants a peaceful solution anyway. Order Dynasty Warriors 9: Empires on Amazon.