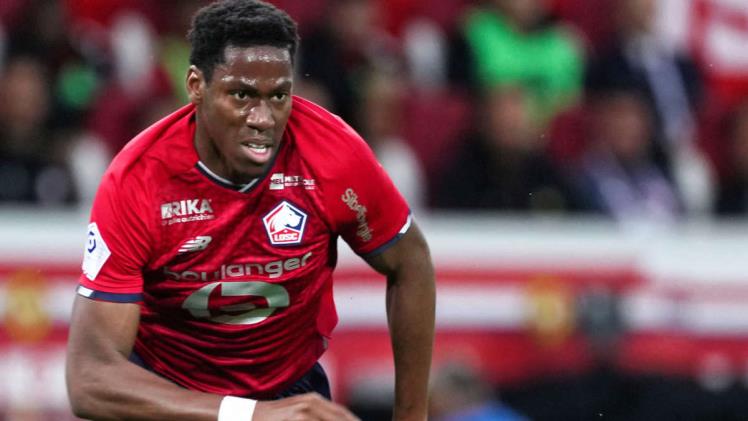 You can make some nice pocket money just from playing FIFA 22, and the way to do it as simple as selling your FUT Coins for real-world cash at U7BuyUT!

If you’re interested in recruiting a nice, talented striker to bang in the goals for your UT squad, consider opting for Lille’s 22-year old player, Jonathan David, who has just received a brand new FUTTIES Player Card in FIFA 22!

Just two (2) seasons ago, Lille OSC was the surprise crowned champion of the French Ligue 1, but the club’s shine quickly vanished as the team unexpectedly returned to their mid-tier squad status, languishing tenth (10th) in just the next season.

Although the club had lost their mojo, some of the team’s best players are still young and developing, promising a better future onwards.

In FIFA 22, one of the club’s most prized youthful talents is set to receive a massive player card upgrade.

That player is obviously Canadian striker, Jonathan David, who now enjoys astronomical stats as can be seen here:

David is already fast on and off the ball, but his newest player card bolsters one of his primary weaknesses in the game, which is his physicality, and it is now amongst his best attributes!

If David seems to be a perfect fit for our own UT squad, there is only one (1) Squad-Building Challenge (SBC) that you will need to complete right now (11 Players in each Squad):

Jonathan David’s SBC will be up until 6th August 2022 (Saturday) so this easy SBC should be prioritized to ensure that you don’t miss out on this chance this week!

Would you be interested in making some quick cash just from playing FIFA 22?

If you are, U7BuyUT is always here to buy your FUT Coins every single day, you can sell fifa coins for cash here, so don’t forget about this special opportunity too!