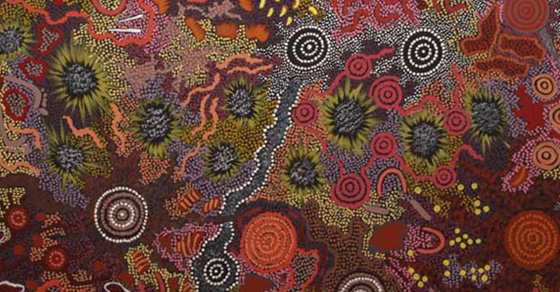 The aboriginal painting is undoubtedly the most famous art form in Australia. It is an embodiment of Australian culture and is unique in indigeneity. Almost 90% of all the art exhibits and dealing can never do away with the aboriginal theme. Most art dealers in Sydney also agree with the same. The dot painting of this theme is always mesmerising and captivating. It is influenced by many ceremonial aspects, which have both artistic and anthropological priorities. The ancient culture is etched in each of these paintings.

This article will provide a clear idea of the aboriginal paintings and all the juicy aspects.

What is the Significance?

The aboriginal history of Australia dates back to around 80,000 years which marks it as one of the earliest cultures that still survives and runs in the world. The rock art around 30.000 years old is sufficient evidence of this finding. However, aboriginal cultures never had a written form of language. Therefore, the pictural form of the culture is more significant as they contain stories of the history of the culture passed on through generations.

Moreover, in the form of symbols drawn on rocks, the cultural and spiritual beliefs of the people are elaborated. It also consists of their profound experience and knowledge of the land and their exceptional survival skills.

The drawings adhered to different age groups to entertain and teach them. For instance, the drawings for children consisted of stories with simple morals, whereas those for the elderly were detailed and more difficult to comprehend.

Even though the drawings and symbols were used as a form of communication and passed down to their generations, the paintings incorporated watercolours only during the 1930s. They were then accepted as a form of art 40 years ago. Then it took to canvas and various other forms in parts of Australia.

The Dot Painting Technique: The Canvas and Origin

The history of the first aboriginal artwork on canvas dates back to 1971 when an established community of aboriginals gathered from a desert near the area of Alice springs.

Some aboriginal men used to paint on paper which quickly changed to a wall. The people took to cardboard and wood, and it all ended in a canvas.

However, some of these drawings had traditionally confidential aspects that were not supposed to be seen by outsiders. It is where the dot technique emerged, and it is a combined effort of a lot of theories.

As time went by, the indigenous artists were more concerned about the meaning being comprehended by the outsiders. It caused them to use heavy layers on the painting and overdotting to protect the internal cultural aspects.

Over time the rising artists in Australia decided to overlap these dots, whereas some others joined them to create larger dots. It took newer versions a long time to become the evolved art of Australia. Around 65 per cent of Australian paintings included the aboriginal dot technique. The art dealers in Sydney also actively engage in the evolution of their art forms to be incorporated in all possible places.

There are changes in painting techniques, such as acrylic and ochre paints, where the former is widely used in modern artworks. The colours are modern and brighter in contemporary artworks, which are newer forms and interpretations of ancient art and styles. The significant thing is the evolution of Australian culture, which is bound to its culture and drawings.