7 Factors That Prove Astoria Waterfront Apartments are Worth It 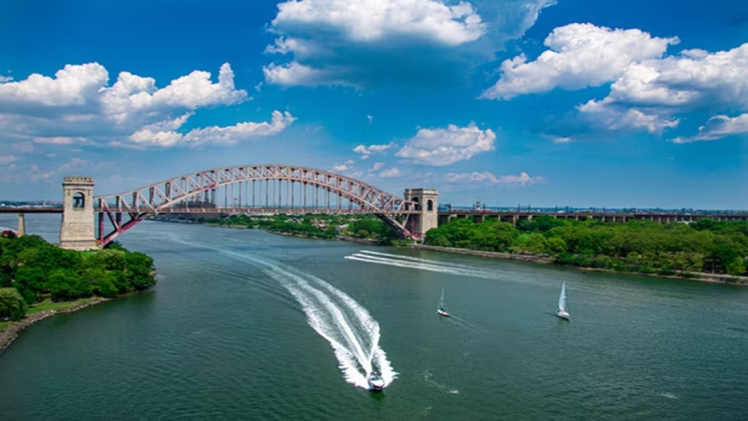 When most people think of waterfront apartments in New York City, they typically think of Dumbo in Brooklyn or the West Side of Manhattan. However, if you’re looking to rent or lease waterfront real estate in New York, your options are endless.

Astoria is an emerging neighborhood that continues to grow more popular by the day.  However, the area is an underrated gem waiting to be discovered. Located in the Western portion of Queens and lying across the East River from Midtown Manhattan, the neighborhood is home to a culturally diverse demographic. Like neighboring Long Island City, Astoria has become much-coveted by renters because of its central location, excellent dining options, and rich history.

The New York Ferry system services the neighborhood, connecting it to crucial districts like the Brooklyn Naval Yard and Roosevelt Island on the East River. In addition, Broadway and 30th Avenue serve as the two focal streets in the area, providing easy access to other Queens neighborhoods, like Jackson Heights and East Elmhurst. Likewise, the Bronx is less than ten miles away via the I-278E and Bronx River Parkway. Neighboring LIC is also a stone’s throw away, making Astoria a highly desirable neighborhood for renters seeking realty in a central location.

Factors That Prove Astoria Waterfront Apartments Are Worth It

Most waterfront apartments in NYC will cost you an arm and a leg. However, you’re likely to find picturesque apartments on the riverfront in Astoria for an excellent price. Most waterfront apartments in the neighborhood are situated along the East River and near Halletts Point. Many prominent NYC real estate developers have started developing properties in the area, including The Durst Organization, the Corcoran Group, and others. Here are some factors that prove these apartments are worth it:

Enjoy scenic views of NYC’s iconic skyline from floor to ceiling windows in your apartment. Start your mornings with a cup of coffee as you overlook the East River.

Winters and summers can be challenging in New York. Hence, you’ll want an apartment that comes with plenty of amenities. Exclusive Astoria waterfront apartments feature in-unit washers and dryers. In addition, some buildings also feature fully-equipped fitness centers that you can privately book to let some sweat out. These buildings also generally feature a playroom to keep your little ones entertained. Most properties also have doormen to ensure security.

Most Astoria waterfront apartments also have ample outdoor space and feature parking garages for owners to keep their vehicles safe from the elements.

Whether you’re searching for a studio apartment or a three-bedroom apartment, you’ll need a spacious floor plan for your needs. Fortunately, most Astoria waterfront apartments boast well–designed floor plans, meaning you have ample square footage for your needs.

Americans love their pets. Whether you’re more of a dog person or a cat lover, you don’t want to move into an apartment that doesn’t accommodate your beloved four-legged friends. Historically, Astoria has always been a safe location with numerous pet-friendly apartments.

Are you looking for Astoria apartments for rent? Astoria West NYC is a new Corcoran development that offers 534 units of studio, one-bedroom apartments, and two-bedroom apartments to fit any lifestyle. In addition, it also offers over 40,000 sq ft of indoor and outdoor amenities. Astoria West is located between 30th Rd. and 31st St, a stone’s throw away from Hallets Cove Beach, Queens.

How To Find The Right Rehab Center In California For You

How Durable is Double-Sided Tape?