5 Reasons to Book Nonstop Flights When traveling for Work 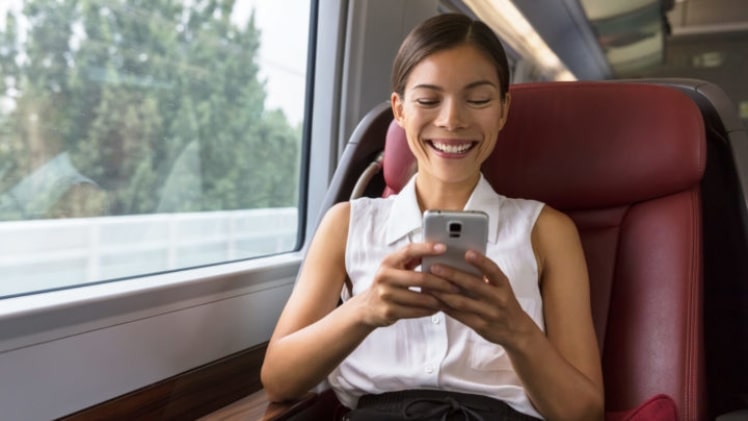 Oftentimes, it’s accompanied by a lot of unknowns: thoughts of undergoing a new project, getting used to a new environment, and sometimes meeting and working with new people.

If there’s one thing you can control, at least to a degree, it’s how you get there; the time you depart, and the number of flights you take to reach your destination.

Here, we’ve got 5 reasons to book nonstop flights when traveling for work. The ultimate goal, of course, is getting you to your destination as quickly – with the least amount of hassle – as possible.

You’ve just landed in Dallas. You’re sweating, not because it’s hot but because you’ve got 34 minutes to catch your connecting flight.

Everyone is shifting, and there’s the clinking of seatbelts being unbuckled. People bend and reach, gathering together their belongings as the crew works to ready for passengers to be able to disembark.

You’re counting the seconds. Adrenaline flowing. Ready to sprint, give it all you got because you can’t miss the connecting flight…

It’s a fact. Most travel doesn’t always go as planned. With external factors like delays caused by adverse weather, a mechanical issue with the plane, or having to navigate a massive airport with its own complicated subway system that rivals the London Underground. All of this can throw a wrench in travel plans.

Which is why it’s not uncommon to see people in business casual curled up in the fetal position on a crumb speckled carpet with a busy colorful pattern, under a row of plastic seats. With their blazer fanned out on top of them like a blanket, their carry-on doubling as a pillow, they do their best to bide their time until the next flight is available.

A direct flight simplifies everything. You’re able to focus on what you need to focus on, and not worry about navigating an unfamiliar international terminal with a time crunch better suited for the famed sprinter Usain Bolt. Or the opposite: come up with a creative solution on how to best spend a 5-hour layover.

Lost luggage is always a drag, made more so when your luggage contains a uniform, set of tools, or other things integral to performing your job.

If you’re lucky, you’re staying at corporate housing or some other lodging that has a washer and dryer so you can wash your clothes, and only have to worry about buying a few items to cycle through as you wait, hoping your luggage will appear.

Having to show up to the airport when (and if) the luggage resurfaces is also a hassle, cutting into your time and resources as you make a trip back to the airport, find parking, and scour the terminal for the place to retrieve lost luggage.

A direct flight cuts down significantly on the likelihood of having to go through the lost luggage fiasco.

A direct flight saves one of our most precious commodities, time. There’s no waiting around, biding your time on a layover. Wondering if you have enough time to get an overpriced burger at the dimly lit restaurant with the mahogany bar, and views of the tarmac.

Indirect flights usually head in a direction that’s different from where you’re actually going. This, plus time spent waiting as passengers board and deboard the plane, can add hours to the time spent cooped up in an airplane seat.

Whether traveling first class, business, or coach, there’s no getting around it. Spending time belted next to a stranger in a seat with minimal scenery, subpar food, and entertainment that gets old – fast, is not an ideal way to spend the day.

The more complicated your travel plans are, the more chance there is for things to go wrong. A nonstop flight is the no nonsense way to travel, getting you where you want to be in less time, and with less contributing factors that could result in something going wrong.

The stress of travel can be amplified when there are a lot of responsibilities and unknowns waiting for you at your destination. Reducing other potential stressors can make it a little easier to manage.

Top 4 Sources of Happiness in Life: The Scientific Way

Escape the Daily Grind: Here is Your Reason to go for that Vacation

Wondering Where to Go for Your Next Travel? Here are 4 Tips for Choosing a Travel Destination